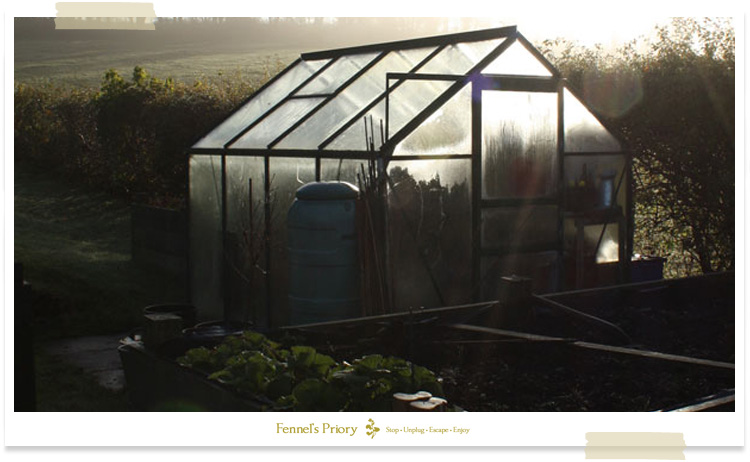 I am writing this with my trousers around my ankles and my pants around my knees, while I sit bare-bottomed on the soil of my diminutive vegetable garden. I am trying to ascertain whether the numbness in my buttocks is caused by me sitting here for too long, or because the ground is much cooler than I expected for this mild February day. Either way, it seems that my bum has gone on strike and I am in danger of risking a serious attack of pins and needles.

I am doing this for a reason, trying to determine whether the ground is warm enough to sow seeds, or if it needs longer to warm up. Tradition dictates that if the ground is too cold to sit upon comfortably, then it’s too early to sow; but if it feels warm and comfortable, then the time is right to scatter one’s vegetable seed. It sounded straightforward in the book: putting it into practice would simply require a quick squat while Mrs Stroppup, my nosy and garden-hating middle-aged neighbour, isn’t watching me through her upstairs window; a slight wiggle in the dirt, and I ought to know instantly whether I felt comfortable or not. But, sadly for me (and to Mrs Stroppup’s horror), I am not a quick decision maker. The ground felt damp, for sure. And a bit claggy as it worked its way between my cheeks. But it didn’t feel especially cold. Or warm. Just strange. So I decided to sit for a while longer, waiting for my bum and brain to speak to one another. And then I got comfortable. I gave Mrs Stroppup a wave, as she stared at me through her upstairs window, then casually parted my legs, placed my notebook in my lap, and began writing this month’s journal.

You might think my behaviour to be eccentric. But my actions are based upon logic. There is much sense in checking the warmth of the soil before sowing seeds. No point scattering early for them to just rot in the soil. But logic would say that February is way too early to sow. We’re still having regular frosts, and there’s every chance of snowfall. But I’m eager to get going in the garden. Or, to be more precise, to get growing. I want to be doing something productive.

Whilst a low maintenance garden is okay for most working people, I crave a high maintenance garden, one that will constantly challenge me, encouraging me outdoors, away from a computer screen and the comfort of an office chair.

One that will give me something purposeful and physical to do when I need a break from writing. (It sounds like a lot of work, but it’s not. At least not to the impassioned gardener. As Dorothy Gilman wrote, "What astounds me about a garden is that you can walk past it in a hurry, see something wrong, stop to set it right, and emerge an hour or two later breathless, contented, and wondering what on earth happened.”)

The result of my actions? My bum is shouting loudly to my brain that it is frozen to the point of numbness, but my mind doesn’t want to listen. And so I will sit here until I’m absolutely convinced (and numbed to the coccyx) that it is worth sowing just one or two seeds, or planting some bulbs, or ‘borrowing’ Mrs H’s hairdryer and warming the soil a little. Stubbornness will prevail, even if it means me having bum cheeks that look and feel like frozen marshmallows. First though, I will finish this chapter; then I will bear the agony of cramp and hobble indoors to ask Mrs H if she wouldn’t mind helping me ‘adjust’ to the comfort and cleanliness of our home by dabbing my bottom with a warm soapy sponge.

Don’t get me wrong. I don’t mind getting dirty in the garden. In fact I love it. As Margaret Attwood wrote, "In the spring, at the end of the day, you should smell like dirt.” Little Lady follows her daddy’s love of gardening, liking digging as much as I do. She describes it, with a scrunched up nose and hands held aloft, as getting "good dirty!” And that’s from a two-year-old who definitely knows best. Good honest soil is honest. And it keeps us so, too.

Every experienced gardener knows that the soil in their garden is their most valuable resource. Without it, their green-fingered activities would be futile, like going swimming in a pool with no water, or hang-gliding in a sky with no air.

Our soil is precious, and requires looking after. It’s also worth understanding the soil, so that you know how to care for it.

I could mention here about the value of soil testing kits, of needing acid soil for ericaceous plants (such as heathers, skimmias, and rhododendrons) or chalky soil for lime loving plants (such as ceanothus or delphiniums), or the scientific way of measuring the organic content of soil. But I’m not. Instead, I recommend that you just do what’s obvious: put an acorn-sized ball of wet soil in the palm of your hand, then press and roll it with the thumb of your other hand. If the ball crumbles then it’s probably sandy or gritty (and most likely acidic, unless you can see chalky limestone in it); if it smears or becomes putty-like then it has a clay content (which commonly is limey). And there’s every chance you’ll have something in between, such as a sandy loam or clay loam. Next, check the organic matter in the soil. Is it dark and earthy-smelling? Can you see any bits of leaves or woody material? Would it burn if placed in a metal spoon that’s held over a flame? Organic matter, known as humus, is good. This is what helps to release the nutrients from the soil, opens up its texture to allow plant roots to explore, and helps retain and drain water in the soil. It’s important, so if you haven’t got much organic matter in your soil, get some in, quick; either in the form of compost or well-rotted manure.

The soil in my garden is known to most as clay loam. But I call it Arthur. Arthur seemed a good name for soil that was only half as good as I’d have liked. When I first dug into it, it smelled stagnant and felt sticky. So I called it Arthur Gawnorf. It was humus free subsoil, no good for plants. (Only the top eight inches of soil are nutrient and humus rich, due to the excellent work done by our earthworm friends*. The soil below serves mostly to anchor the plant and retain water. The builders, who laid this ground, had used subsoil from deep excavations.)

*"The earth without worms,” wrote naturalist Gilbert White, "would soon become cold, hard-bound, and void of fermentation, and consequently sterile.” He was right. Worms are the gardener’s true friend, along with bees for pollination, ladybirds for aphid control, and hedgehogs for after-dark slug munching.

Arthur and I developed a love-hate relationship from the off. He lay there, all lumpy and full of bricks, cockily challenging me to ‘do my best’. I responded by attacking him with a spade and burying him beneath eight barrow-loads of shop-bought compost. A day of double digging, single forking and triple swearing (when I discovered the tarmac underneath) saw Arthur transformed into a half-decent plot of loose and fluffy earth. Just right for next-door’s moggy to sink its bum into and, come to that, for me too. (I still can’t decide whether this soil feels like a bag of frozen peas, or chilled Plasticine, or a stale loaf. In fact, the last time my bum felt like this, I was two-years-old, sitting in the snow in a rather stiff and stinky nappy, wondering what the hell just happened to my sledge.)

I digress. Back to the scene at hand.

Mrs Stroppup is now tapping her window and pointing at my ankles, as if they were doing something I wasn’t aware of. She has the look of a woman who detests the outdoors, simply because there’s too much grime for her vacuum cleaner to cope with.

I can play her game. I could stand up quickly, lift my notebook and gyrate my hips, swinging my ‘dibber’ from side to side while holding my hand in the air and rotating it towards her, doing my best ‘dance floor lasso’ move? No. She’s too old, and I’m too cold, for that. And besides, I’d probably get into trouble with the neighbourhood watch. And Mrs H.

What to do then? Right. I have an idea. Let me try it, and I’ll report back.

I looked up towards Mrs Stroppup, put my hand to my ear and shook my head, implying that I couldn’t hear what she was saying. She opened the window, and with an indignant snort, shouted, "Pervert!” I raised my hands, but before I could reply, she hit me with: "I suppose you’re going to sit there all day, aren’t you? Chilling your bits until they’re ready to drop off? And drop off they will, mark my words. Just look at what happened to my Malcolm when we went on our second honeymoon. It was supposed to be a romantic skiing holiday. Not so for him. Not after that night on the peach schnapps and the incident with the ski pole. There was no ski lift or rides of any description after that. So pull your trousers up and stop trying to prove something. You men are all the same. Soft in the head and even softer everywhere else!” At that, she grabbed the window and began to pull it shut. Then she paused, and shouted, "By the way; that smell? Is it you, or the cat?”

Hmm. It seems that being a traditional gardener has its limitations, especially for one’s reputation with the neighbours. Best I keep my activities secret, or confined to the privacy of my shed. So I am compelled to stand up (discretely) and stare back at the buttock furrow I’ve created in the soil.

Aah. There it is: the expected furrow, dimpling (or dumpling?) me into shame. It seems that Arthur Gawnorf has won this latest round in the battle for soil supremacy, reminding me that I’m not in the best of shape, and that the soil is too wet to sow. I will cower from view and retreat indoors, grubby-cheeked and ashamed.
But what will I tell Mrs H? I can’t admit to a pointless exercise that has caused me so much grief. I must have a reason.

"Ah,” and excuse the pun, "soddit”. I’m going to sow those seeds anyway, even if I have to wait six weeks to see any growth.

As William Robinson said, I "have no patience with bare ground… let little ground plants form broad patches and colonies…” I shall show Arthur who’s boss, even if it takes a little ‘barefaced cheek’ to do it.