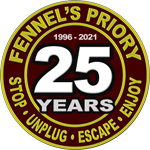 Fennel's Priory was established in 1996 when famous angler, artist and author Bernard Venables gave the name and idea to Fennel. It has been his passion and mission ever since.

November 2021 marks our 25th Anniversary, so let's celebrate our story to date:

1974: Nigel Hudson is born in Worcestershire, England. Is the son of a school master.

1979: Moves with his family to a smallholding in South Staffordshire. Lives a partially self-sufficient life.

1980: Catches his first fish: a brown trout from a Welsh reservoir. Begins lifelong love of angling in wild places.

1985: Begins a gardening job at a large country house. He will work in horticulture for the next seventeen years. 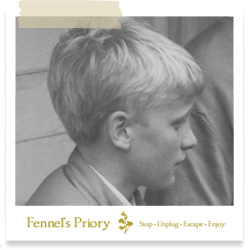 1987: Writes his first book – a fantasy tale about a quest into a seemingly abandoned castle. Stores his writing in a burgundy box-file given to him by his English teacher. This is why the Priory branding is burgundy, and why Fennel wears a burgundy waistcoat.

1988: First forays into publishing when appointed Editor of his school newspaper.

1989: Introduced to the writing of BB and Chris Yates. Begins a quest for the ultimate wild carp lake. Writes a countryside book for his friends and compiles a book of his nature poetry. 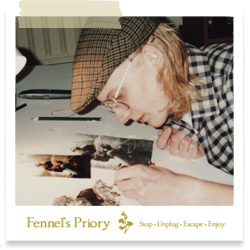 1990: Studies English and Art at college. Develops his love of language, practises his pen and ink illustration technique.

1992: Reads BB's Letters from Compton Deverell. This influences his writing style more than any other book. Writes Along the Green Lanes as a result. 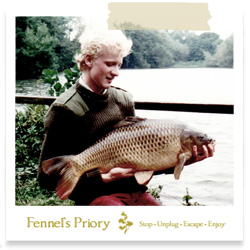 1994: Fishes the legendary Redmire Pool for the first time, catching his first-ever twenty-pound carp – on his first cast!

1995: Joins the famous Jade Lake fishing syndicate in Wiltshire. Cycles 60 miles to fish there on 16 June, the madness of which grants him an invitation to join Chris Yates' Golden Scale Club. Appointed 'GSC Stationer'. Is given the name 'Fennel' by Shaun Linsley following an unfortunate accident with a garden herb and a bucket of fishing bait. Watch the video. 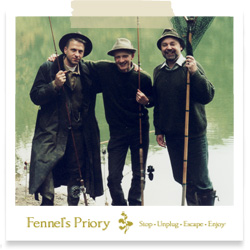 1996: Bestowed the name 'Fennel's Priory' by author and artist Bernard Venables. He uses the name on his letterheads, writing up to a dozen letters per day to his friends. His extended monthly letter becomes known as 'Fennel's Journal'. Read the blog.

1997: Working as a gardener during the day and as an artist by night, producing bespoke stationery for fieldsports enthusiasts. 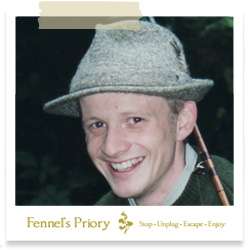 1998: Fennel is loving life but is declared financially insolvent by his bank manager. Responds by getting a job in a garden centre and going back to college. Declines an offer to write a regular column in Waterlog, the traditional anglers' magazine. Instead writes over 100 articles in secret, storing them for future use.

2000: Working as marketing manager of a plant nursery at Worcester. Pens the national 'Breathe with Ease, Plant Some Trees' campaign for the Millennium. 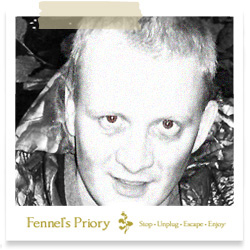 2001: Death of Bernard Venables hits him hard. Abandons his Fennel identity, shaves off his hair, forgets his values and lives for the moment. Puts on three stone due to alcohol abuse.

2003: Loses everything, has a breakdown. Crippled by debt and depression, he retreats "to a place of safety, found in the darkness behind my eyelids". It takes him six months to function again and more than a decade to recover. 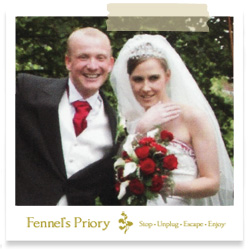 2005: Builds his confidence by writing a weekly 'Nature Within' blog.

2006: Resumes his monthly 'Fennel's Journal' handwritten letter, sharing it with twenty Friends of the Priory.

2007: Seeking a quiet place to heal and write, he spends nine months living beside a lake in Worcestershire. Marries Mrs H-to-be. 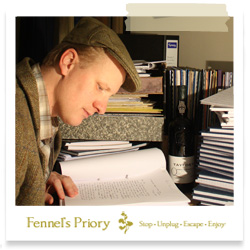 2008: Working full-time as a sales & marketing copywriter. Living a starkly contrasting life – of quiet rural times at home and international assignments at work. Balances work pressures by editing ten years of letters and private writing into material for Fennel's Journal.

2009: Completes a twenty-year quest to find a rare and ancient strain of wild carp. His articles on the story are published in Classic Angling magazine, the full story is published later as Wild Carp. 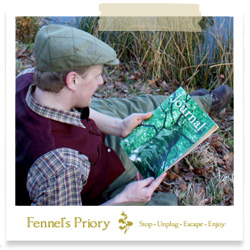 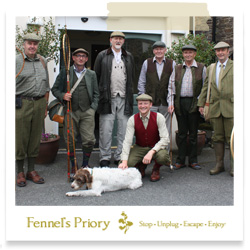 2014: Fennel completes his ten year plan by paying off the last of his 2003 debt and returning to rural life. Marks the 80th Anniversary of Redmire Pool with a centre-spread feature in Angling Times. Celebrates his 40th Birthday with a Friends weekend at the Arundell Arms in Devon. Starts writing a regular article for the Flyfishers' Journal. 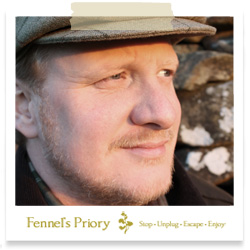 2018: Launches Fennel's Gazette 'miniature newspaper' in celebration of 30 years in publishing, and Fennel's Priory on Instagram and Pinterest. 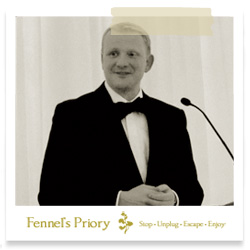 2019: Appointed as Editor of The Grayling Society's publications, including the flagship Grayling magazine. Serves on the General Committee that governs the Flyfishers' Club of London.

2020: Becomes Secretary of The Angling Writers' Association and Chair of Trustees for new conservation charity The Wild Carp Trust. 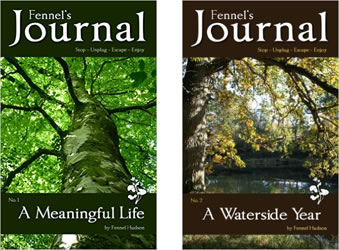