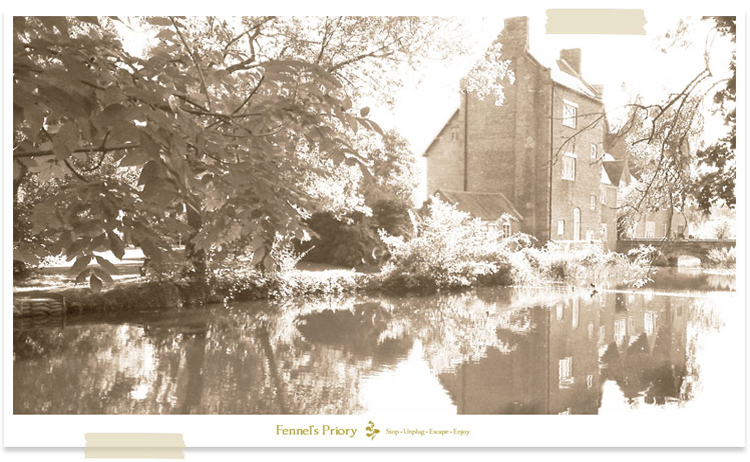 Waking in the comfort of a bed after a night at The Haunted Pool was like escaping from a troubled dream into the warm folds of normality. I opened my eyes gently, seeing sunlight streaming through a gap in the curtains, and felt relieved that I was safe, that morning had arrived to save me from the clutches of night. I pulled the blankets up over my head and thought, "It’s okay, it was only a nightmare; go back to sleep”.  I lay there for a moment, then realised that it wasn’t a dream at all.

The Haunted Pool had troubled my dreams for too long. There were many mornings when I woke to the sound of that feline scream echoing through my mind. I needed to change my emotional state. Another angling trip was needed, this time to somewhere lighter, airier, more relaxed and altogether more pleasant. Somewhere that would redress the balance and compensate for the chills that were numbing my bones.

My thoughts turned to a pool within cycling distance of home. It had an encouraging presence, like a bouncy castle at a child’s party. I knew it contained carp, as I’d seen them there before. So I was soon out of bed and getting dressed, thinking of the fish that awaited me. I was at the lake within an hour.

At an acre-and-a-half, the lake was shaped like a flint arrowhead, its banks tapering into the distance where a stream entered the pool. It was bordered on the left bank by alders and oaks; and on the right bank by goat willow, ash and poplar. The land to the right of the lake sloped upwards towards the summit of a small hill, upon which I could see a single-storey building surrounded by a neatly clipped beech hedge. (I’d inspected the building before, and concluded that it was the stable block to a large manor house.)

I chose to fish a swim on the north-west side of the pond, where the morning sun was warming the water. I’d seen some tell-tale bubbles emerging from the depths and the water appeared cloudy, as if it was the fishes’ chosen place for breakfast. A willow overhung the water to my left and a bed of burr reed lined the margins to my right.

My bait for the trip was a small chunk of luncheon meat, fished over a bed of stewed hempseed. My favourite float – a swan quill with a fiery orange tip and black whippings – would register any bites. I could have chosen other floats, but this one seemed right for the occasion and was now sitting attentively in the water like a child awaiting a swimming lesson. Soon, the float, line and bait were cast into the lake and I sat back to await a carp.

I noticed a cluster of bubbles break the surface near to my float. The float dipped, wobbled, and then lay flat before gliding into the depths. An explosion of adrenaline saw me grab the rod and strike firmly into the fish. My float, which had been attached to the line with a rubber band, sprang free and flew over my shoulder into the vegetation behind me. A cloud of mud and bubbles bulged in the water as the carp bow-waved for freedom; my centrepin span furiously as the fish headed out into the lake. The speed and energy of the carp was startling, like holding onto a lightning rod in an electrical storm. It travelled twenty yards before I was able to clamp down on the reel and turn its head.

There is a moment during every fight with a strong fish when you wonder whether you will win the battle. Sometimes you are confident of your upper hand: you have stout tackle or open water in which to play the fish; other times you sense that the fish will never be yours. You may even be subjected to the anglers’ curse, where the line will part or the hook pulls from the fish’s mouth with no apparent reason. You simply have to reel in, check your knots and go through the whole process again. Fortunately for me, the carp I’d hooked was succumbing to my efforts. My rod was absorbing its lunges and I was able to draw it steadily towards me, albeit with some violent thrashes and short runs prior to being drawn over the net.

Adrenaline turned to elation, then euphoria. The carp was landed. I lifted the net, with fish inside, from the water and placed it onto the grass at my feet. Through the mesh of the net I could see that the carp was a dark, old fish. Its scales looked more like polished bronze than gold. The metallic glints of the scales and the glistening, mesh-like texture of its flanks made it look like a gilded warrior lying defeated in the battlefield. Its golden-irised eye stared at me, and I back. The connection was made between captor and captive. I unhooked the fish, then carried it to the water’s edge and released it into the depths. I waved my hat in salutation.

"Nice fish.” The voice came from the top of the bank behind me. I looked up to see a slender man who, to my surprise, was wearing a dark blue monk’s habit. He was holding a bible to his chest and gazing out across the lake. He tilted his head and looked to the sky, as if thanking God for this special place.

The man told me that his name was Nicholas and he was living in the building at the top of the hill. The building was, he revealed, a monastery. Franciscan monks had established it as a retreat house at the start of the last century. It was a House of God, available to people seeking an escape from their troubled lives. Brother Benedict was the guardian, overseeing proceedings, with six friars in assistance.

Nicholas told me that he was not a monk but one of the visitors benefiting from the monks’ hospitality. Since arriving at the monastery, he had led a basic life. He rose at six o’clock each morning for prayer and meditation; he would eat a simple, silent luncheon and then partake of the Eucharist. His afternoons were his own where he would usually go for a contemplative stroll around the lake. He found the pool to be a spiritual place. Never an angler, he asked what the appeal was to me. But before I could utter a response, he guessed that it was, fundamentally, the same as drew him to the pool each day.

"We have a calling, don’t we?” he said, "A need to be close to Nature, where water may cleanse our souls and wash away the stresses of yesterday. It is emotional recompense for the cost of living.”

A clock bell rang in the monastery tower. It was time for Nicholas to go to prayer. We said our goodbyes. I couldn’t help but feel envious of his simple existence – the uncluttered lifestyle, daily routine and ultra-slow pace of living.

As Nicholas turned to go, he said: "Life’s a simple thing; it’s we who insist on making it complicated”.

I looked towards the lake. Would my prayers be answered today? Would it be a day of simple pleasures? Possibly, if I could find that wretched float…