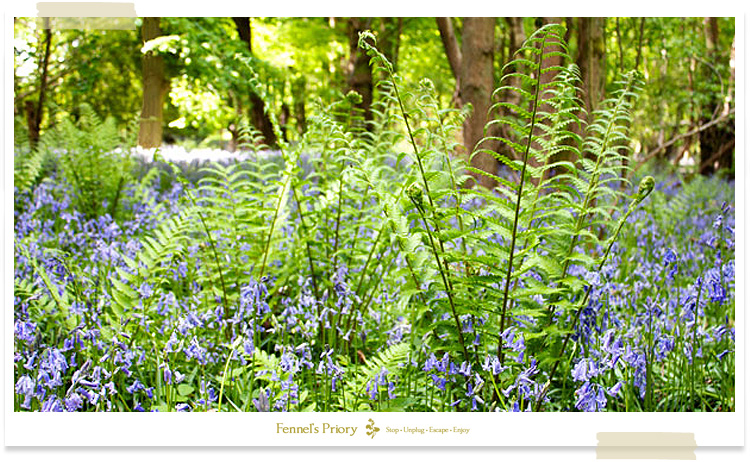 This morning, at first light, I walked my daily route eastward, towards the rising sun. My path followed the River Windrush, then across a meadow, and finally up into Priory Wood. In winter this journey culminates with me exiting the wood and watching the sun appear on the horizon. But today, when I stepped out from the trees, the sun was high and strong in its rays. It was 6am and the day had long since begun.

Seeing the sunrise is the ‘bright finale’ of the walk. But the real pleasures are what I see along the way. This morning, my first observation was the ‘sleeping’ daisies in the lawn outside my house. Their white bracts were closed tight, keeping the pollen dry from the night-time dew. By the time I’d return home, they’d be open and basking in the sunshine. I tiptoed past them, acknowledging their need for a lie-in. They work so hard at cheering us through the summer.

At the river, the marsh marigolds were still in flower. Reedmace and bulrush were spearing the water’s edge, and a moorhen with three chicks (two less than last year, a sign of the reduced insect life) was dabbing across the water. The river was not its usual clear self. It had a murkiness that resembled very milky tea – more akin to its colour in March – which didn’t bode well for any fishing plans I might have had later in the day. But the mists that were rolling and swirling across the water made up for the sulkiness of the water beneath.

Further along, in a slower part of the river, the first lily pads were visible on the surface of the water; their leaves having a dark crimson-purple colour (a sign of pigment concentration to help maximise photosynthesis) which will turn green on their upper sides as the leaves mature. Later they will be accompanied by the largest flowers of any wild plant in the UK. Truly the ‘swan among the flowers’, as they are known in these parts.

The meadow was filled with waist-high buttercups and cow parsley. At its edge, two hares were grazing amongst meadow-grass and clover. They bolted when they saw me, disappearing into the foliage. The sea of yellow and white flowers rippled in the wake of these fine animals. Ultimately their disturbance was lost in the morning mist that lingered in the river valley.

With my mood lifted by the sight of the hares, and the ‘weightless’ elegance of the buttercups, I realised just how much this late spring had affected my daily pleasures. June is usually the month when the roadside verges reach their crescendo. When we’re dazzled by the whites of May blossom and romanced by the pink elegance of dog roses. But this year the flowers have arrived late. For example, cowslips – nature’s ‘keys of heaven’ – are in flower a month later than usual; and rapeseed – an iconic image of late April and May – is currently mass of yellow in the farm fields. (Its perfume is supposed to resemble warm honey drizzled over a digestive biscuit. But to me it smells, or rather stinks, like an old dog’s blanket that’s been left to fester. Not the sort of scent to encourage me to breathe deeply, or to run home and grab a Hobnob.)

Although British Summer Time officially began on the 31st March, it is not until the Summer Solstice on 21st June when we feel as though summer has properly arrived. The sun is highest in the sky, the day is longest, and the air is warm and scented with balsam. Swallows and swifts are dancing in the sky and flower-strewn hippies are dancing barefoot around Stonehenge. It is a time to rejoice, regardless of one’s pagan persuasions. But for many country-folk, the traditional start of summer is signalled by first silage cut. Timed for when the cow parsley fades and the hogweed comes into flower, when the grass is tall and lush and has not yet been dried into hay by the sun. It’s when the air is filled with the salad-like scents of mown meadows, and we begin thinking of picnics down by the river.

Today the dawn air smelled of heady watery scents; of water mint and marshes. At least until I entered the wood, when the air warmed and it had a peaty, compost-like smell of leaf litter and emerging ferns.

But it was the sights of the wood that overwhelmed my senses. Not the green carpet of wild garlic that I was expecting, rather an ocean of bluebells – their flowers so vividly indigo-lilac, rather than a sun-bleached pale blue – protected from the sunlight by the canopy of beech leaves above. At least this late spring has given us something to cheer about: the best bluebell colour in thirty years.

I heard a blackbird call, and then a chaffinch. It was the chaffinch that called loudest, singing its little heart out, defending its pitch and calling to all the females nearby and saying, "Hey, ladies. Over here! Take a look. Aren’t I stunning? I sure know how to make you frisk-eee!” But it was too early for all that stuff, and he was probably the only chaffinch awake in the wood. Soon the trees were alive with the chatter of blue tits and great tits. Robins, wrens, tree creepers, and a nuthatch followed; all singing against a backdrop of insects humming among the trees. Towards the edge of the wood, rooks and crows were crawking; their young having fledged the nests but still hounding their parents for pocket money.

And then, as I exited the wood and walked into a field of barley, I heard the cuckoo. I knew it was here, as it arrived a while ago, on the 25th May – the same day that the mayflies began fluttering from the river. (I say ‘it’ because, as we all know, there is only ever one cuckoo. And it sings only for us.) But my excitement for the cuckoo was soon replaced by amazement and disbelief as I witnessed it being out-sung by a nightjar. Both are visitors from Africa, but the nightjar’s relentless call was boldest and most unusual. I’d only ever heard nightjars calling at dusk, but this one barely stopped for breath as it beat out its chirring, drumming, call. It had a haunting eeriness, affecting me like the sound of chains being dragged up a staircase. (If you’ve not heard the call of a nightjar, then imagine recording the sound of a wooden-wheeled bicycle being ridden at speed across a mile-long cattle grid, and then playing it back through the speaker on a fax machine.)

I looked up, blindly hoping to spot the nightjar, but was distracted by the brightness of the sun high above the trees. I felt its heat upon my face and sympathised with the nettles next to me, which were already wilting. I saw dandelions in seed at my feet, and willows in seed along the woodland edge, each waiting for the wind to blow. But there was no wind, just the sun burning brightly in azure skies. I was witnessing a new season. Today would be a fine and hot summer’s day.