Home // Blog // Countryside Diary // Signs of Spring, from Within 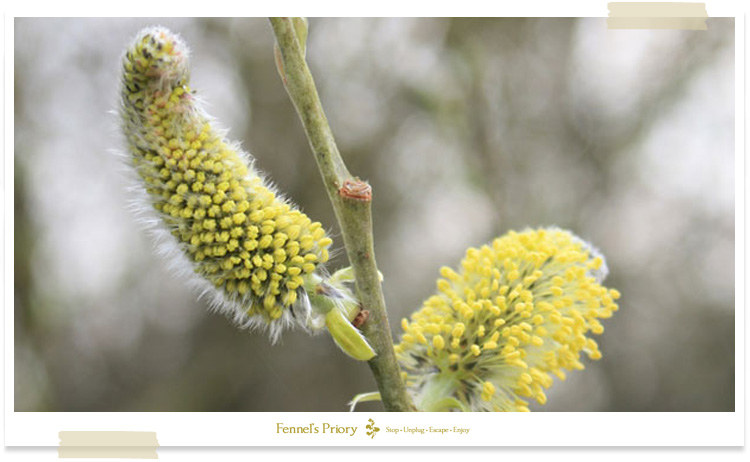 Signs of Spring, from Within

This morning I decided to sit in my garden and catch a few rays of early spring sunshine. At first, I questioned why I chose to be outdoors when I could have been in my study enjoying the comfort of central-heating and the draftless delights of double-glazing. But seeing the sun disperse the morning mist and then, at around ten o-clock, hearing a blackbird herald the joys of spring, I concluded that my home was too warm, too stuffy, and with not enough fresh air to inspire me to do anything indoors. I needed to be outside and feel the breeze, feel sunshine upon my bleachy-white post-winter skin, and feel alive.

I walked in slippers from the back door to my garden shed, opening the shed door and immediately catching a waft of hibernating mice (which smells like stale urine, pine nuts and moss. Or, as Mrs H describes it, "like a Yeti’s scrotum”). I reached for my gardening boots, which were on a shelf in the shed. Phew. No mice in there, though the boots were cold and rigid. I put them on my feet, laced them up, and then walked a few paces to loosen their winter stiffness. My waxed waistcoat, which was hanging on the back of the shed door, was white with mildew. Its pockets were bulging with something unfamiliar. I checked them and found that they were full of wheat, a winter stash made by the mice. I left the waistcoat hanging, closed the door to the shed and walked over to a seat in the garden that was, by this time, in full sunlight. And I’ve been here ever since.

It is now 11.37am. I know this to be the exact time because Mrs Stroppup, our neighbour but one, has started hoovering. Like she does at this time every day. She’s one of those super-proud housewives who think that the world would be a better place without dirt, dust, pollen, grease, flies, ants and leaves. Indeed anything from outside that dares invade her home. (Heaven help a door-to-door salesmen...) She’s a strange one. She rarely leaves the house. If she does, she wears an all-weather dressing gown and ‘fearful’ slippers. (They curl up at the front and squeak annoyingly, just like her mouth does when she speaks.)

We neighbours feel sorry for Malcolm, her husband. He’s a domestically oppressed man who seeks only a quiet life. Poor bloke. He was looking forward to his retirement and yet now he’s a pensioner he gets nothing but day-to-day earache. "Malcolm, don’t sit there!” "Malcolm, make yourself useful!” "Malcolm, those bins won’t empty themselves!” And, most frequently, "Malcolm, how many times have I told you?!” His abuse is relentless. Malcolm’s is the fate that every man dreads. If ever there was someone who needs the Quiet Fields it’s him.

"Malcolm! Look at these footprints. How am I supposed to hoover with dirt on the carpet?”

"It’s not good enough! You know my rules. No shoes in the house. Now you either get on your knees and start scrubbing, or clear off into the garden. Just make sure you do one thing: stop – bothering – me!”

I can understand why Malcolm puts up with such abuse at home. He doesn’t go out much because he’s never really been accepted by the older residents of the neighbourhood. You see, Malcolm is not a ‘proper’ local. He wasn’t born and bred in the area. He moved here when he was eight years old. Even though he’s now in his late sixties, he doesn’t benefit from any special treatment at the butchers ("wink-wink, I’ve added a few extra rashers for you”), and he has to step aside for those with muddier boots when standing in the queue at the Post Office. People frown if he sits on the prime-positioned bench on the village green (the one that’s inscribed "Scruffy Woof-Woof, May You Continue Your Barking in Heaven!”).

But worst of all, he has to live with the shame of being turned down, for twenty-six years in succession, for a place on the Rusty Todgers Skittles Team (four-times winners of the Piddle & District Pub League). Sadly, the consequence is that Malcolm has to live a closeted and hen-pecked life. He hasn’t the peace to savour a fine spring day such as this, or the social standing to be invited to Mrs Hefty-Curmudgeon’s Spring Tea Party, which is happening this afternoon. (By not attending the party, Malcolm will escape the local gossip and won’t be subjected to Arthur Peacock’s moans about his ‘understandable’ inadequacies. Nor will he have to endure a face-full of Major Guffingdon-Trumps prize-winning onions. But alas, he will never experience Miss Thrice-Knightley’s infamous sticky buns, or enjoy more than ten minutes away from ‘she who wields the slipper’.)

Also, I’m not sure whether the locals understand Malcolm’s accent. He speaks like someone reading a phone directory while falling down an elevator shaft. From what I can deduce, his dialect is a cross between West Country, Liverpuddlian and Glaswegian. Which is odd given that he’s spent most of his life living in the same street. Maybe he does it for effect? I don’t know, but I do appreciate his upbeat greeting of "Mawnin Nebber, gownabeafynedae”, when I know that his day will be far from fine.

Malcolm is now in his garden shed, rummaging about and making rattling and clanging noises as, I assume, he searches for something that’s hidden beneath all manner of clutter designed to keep his wife out of his private space. (The fences between our properties obscure my view of Malcolm, but I can guess what he’s up to.)

Wow. Look at the size of that cloud of smoke.

Aha. So that’s what he’s doing. He’s mowing his lawn. That old petrol mower of his has never seen a squirt of oil. I’m amazed he got it going.

Okay Malcolm, that’s enough. I can tell you’re enjoying the sudden rush of freedom. I think we’ll leave you to it while we inhale the scent of that freshly cut grass. Ahh. Delicious. The first cut of the year, one of spring’s finest moments.

It’s remarkable how winter quickly becomes spring, as if Nature decides that she has held her breath for long enough and exhales, breathing life back into the landscape.

For there’s definitely something in the air today. A gentle current. A sense of life returning. I can’t determine whether it’s something I can see, smell, hear or feel. Maybe it’s a sixth sense. I don’t know. The days are lengthening and the ground is getting warmer, and soon we’ll have the fifteen hours of daylight needed for most plant species to flower. But what I sense is from within. I have become different, energised and inspired; not content to lie curled up in a hole, but instead to bound across fields with the joy of knowing that green buds are appearing, that dawns are accompanied by a chorus of birdsong, and the landscape is showing the signs of spring.