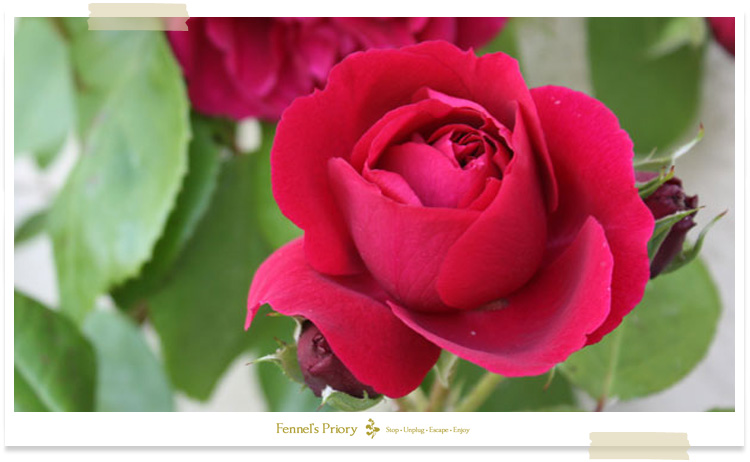 "The best way to garden is to put on a wide-brimmed straw hat and some old clothes. And with a hoe in one hand and a cold drink in the other, tell somebody else where to dig.”

Mr and Mrs Gardner, of The Old Rectory, Worcestershire, had the most inappropriate surname of any couple who’d ever owned a garden. As accountants in the city, they had amassed a fortune saving the pennies of big businesses. They sought to display their wealth by purchasing a derelict property in the country and restoring it to its former glory. Which they did. In four months. When I arrived on site, as their newly appointed garden designer, they had more craftsmen working on site than would be found building your average football stadium. There was activity everywhere, with shouting and swearing going on in every room as builders, plasterers, carpenters, electricians, plumbers, painters, French polishers, carpet fitters, and a short Polish chap named Lucatz (who carried a spanner but didn’t appear to be doing anything) all clambered over one another in an attempt to get everything done in record speed. The results were spectacular, if a little rushed. But what money wants, money gets. (The Gardners bought a shell of a property, with no roof, windows, or floorboards, in August, and were on track to move into a completed house at Christmas. All that remained was for me to design and landscape the garden.)

The garden surrounding the Gardners’ property consisted of two-acres of topiary (heavily overgrown and requiring some major tree surgery); a half-acre walled garden (walls intact, but the vegetables had seen what was coming and had gone to market); three acres of lawns (read ‘ungrazed meadow’); a two-hundred-yard herbaceous border (filled mostly with ground elder and brambles); a formal terrace and parterre; a small orangery; and, as the property was next to a church, a quarter-acre graveyard (assumedly containing some rather restless occupants).

I sat down for my consultation meeting with Mr and Mrs Gardner on the 4th December, beginning with my usual pitch that focused on my desire to keep the garden authentic for the age and type of property, but ultimately it must fulfil the needs and aspirations of the client.

"Good. Just what we want to hear,” said Mrs Gardner, as she stared at a swatch of curtain fabric. "So you’ll be able to return the property to exactly how it looked in 1827, maybe 1828, but definitely not as late as 1830?”

"Erm, sure,” I stuttered, quickly trying to think about whether an herbaceous border of that size and length was consistent with the period, or if they wanted to keep the dilapidated aluminium greenhouse in the vegetable garden.

"Excellent. Because, for your information, 1830 was when the house fell into disrepair. We don’t want to be reminded of failure. We only accept success. And we expect results. Quickly! So am I right in assuming that you’ll have the garden finished by New Year?”

"That’s three weeks from now!” I exclaimed. "But I suppose it depends upon your budget, your specification, and what you mean by ‘finished’.”

"Isn’t it obvious?” replied Mrs Gardner, as she threw the fabric swatch on the floor. "We have brought you in because you specialise in this sort of thing. The garden is already designed. We just want you to sort out what’s there and replant what’s not.”

"And we know what’s possible,” said Mr Gardner. "We’ve seen those Alan Titchmarsh programmes. This sort of thing can be done in a day. So giving you three weeks is most generous.”

"Though obviously,” interrupted Mrs Gardner, "we wouldn’t hold it against you if you chose not to work on Christmas Day. So long as it’s reflected in your price.”

"Yes,” said Mr Gardner, as he placed his hands on the table and leant back in his chair. "And we don’t want any of those high maintenance plants, either. We’ve read that plants these days are bred so that they can be sprayed with a chemical that kills all other plants except the ones we want to keep. We want those sort of plants.”

"I think you’ll find,” said I, through clenched teeth, "that those are cereal crops genetically modified by agrochemical companies so that they are unaffected by a given brand of herbicide. Do you really want me to plant wheat and barley in your borders? That’s hardly authentic.”

"Okay,” replied Mr Gardner, who’d realised his mistake. "I’ll accept your guidance on what plants to include, provided they’re all fully grown. We can’t be doing with any of that ‘waiting for them to grow’ nonsense.”

"Absolutely!” stressed Mrs Gardner. "Especially the climbers. We want this house covered in lush flowering foliage for when our guests arrive in January. We’re having a house-warming party and we absolutely want them to smell roses and carnations and ‘lawn things’ growing outside their bedroom windows. If needed, speak to one of the carpet fitters who I’m sure will be able to supply climbers ready-grown on a roll. We don’t care where they get them from, so long as they’re here and rolled up our house in time for New Year.”

"Same applies for the vegetable garden,” added Mr Gardner. "We want to see it overflowing with melons and pineapples and grapes and cherries and- what was that vegetable you liked the other day dear?”

"Cumquats!” shouted Mrs Gardner, as if reprimanding her children for lagging behind. "Those yellow things you get as garnish on your dessert in fancy restaurants. I want lots of those. All grown neatly in rows and labelled with little copper tags.

"Oooohkaaaay” I said, wondering whether it was time for their medication. "You do know that most plants are dormant in December, and that most perennials won’t have any leaves right now.”

"Get them imported!” shouted Mrs Gardner. "It’s summer in Australia. They ought to have some leafy plants there. Like gum trees or something?”

"Sounds like your deadline is more important than your budget?” said I, going in for the kill.

"Absolutely,” replied Mr Gardner. "If needs be, we see no problem in assigning up to two thousand pounds to this project.”

Two thousand pounds? Surely that was less than they’d spent making cups of tea for the workmen on site?

The Guinness Book of Records states that on the 4th December 1997, the sound of a gulp was heard four thousand miles from its point of origin. What it doesn’t tell you is that the noise originated from the living room of a rectory in Worcestershire and was immediately followed by a phone call to the BBC, complaining that one of their programmes had caused a couple of property developers to feel like a right pair of wobbly Dimmocks.

I allowed the Gardners time to compose themselves, and then explained that their budget would barely cover the cost of tree surgery for the topiary garden. I emphasised that the average cost of a landscaping project, including design, labour and materials, was £140 per square metre; and that, once restored, a seven acre garden of their intended standard would most likely require a full-time gardener on a salary of circa £15,000 per year.

Eventually Mr Gardner’s left eye stopped twitching and he was able to mutter the word "Yaar-eye-reckon-we-do.” I talked Mr and Mrs Gardner through their options, and we agreed that I would do the bare minimum – a simple tidy-up of the garden to make it look presentable for their guests. I’d hire a ride-on mower to sort out the lawns, a hedge cutter to ‘afro’ the topiary and tidy up the parterre, a brush cutter to clear the herbaceous border and a rotovator to turn over the veg plot. And if I got it all done by Christmas, I’d secure the planting contract in the spring. It was a good deal. A million miles from their original intention, but certainly within their stated budget.

Did I achieve it? Yes I did. It was ‘services rendered’. But the house was a different story. Lucatz finally figured out what to do with that spanner, and flooded the house. Just in time for Christmas.